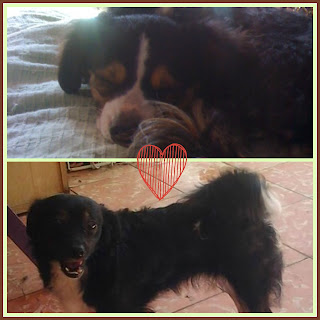 Posted by TLDR Operation Perrito at 12:46 No comments:

So, who are the dogs? Meet the first arrivals!!


Would you like to meet the dogs themselves? Okay, let me introduce you to the first arrivals!

A very bonded pair who we will be ensuring stay together.

Sahir is a 2-year-old female. She is very sociable in her pack and is described as an 'energy ball'! She enjoys the company of humans and is calm when left alone, sleeping soundly with her siblings. Like all of the dogs, she is fine with cats (they all live, and sleep with six!!). It is unknown how Sahir is with small children and car travel.


Svety is also a 2 year-old female, and is the tiniest of the group. Like Sahir, she is an 'energy ball'. She is a sociable girl within the pack and loves to play. She is fond of her human counterparts too. She is not really used to going out, so will need help exploring the big, wide world. She is calm when left home alone, spending the time sleeping with Svety and Haru. She is fine with cats. It is unknown how Svety is with car travel and young children. 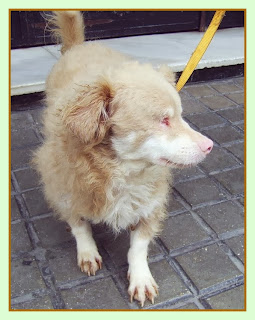 Haru is a 2-year-old male.  He loves to play with the other dogs, especially his sisters, Svety and Sahir.  He likes a lot of fuss from his human friends.  He is not used to street-walking, but he loves to explore.  He is not opposed to having a trip in the car!  He is calm when left at home, and as with the other dogs, he is fine with cats.  It is unknown how Haru is with young children.

Haru was born with his eyes open, and is therefore blind.  To prevent repeated infections, his eyes were removed. Having been born with no sight, this is normality to Haru, and he behaves like a normal dog. He maps out his surroundings quickly, adapts to changes reasonably easily, and plays with other friendly dogs and enjoys their company. 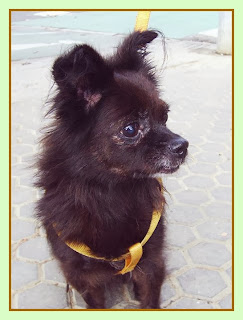 Gromit is an 11-year-old female who wants a quiet life. She keeps to herself at home, but goes out in the pack. She does not show so much interest in people these days, although in her youth, she liked the boys!! She is calm during car trips and is fine with cats.

It is unknown how Gromit is with young children. However, as she prefers peaceful surroundings, we will only consider potential foster homes with older/sensible children who will respect her need for peace and quiet.


Posted by TLDR Operation Perrito at 12:30 No comments:

Welcome to our blog!

Posted by TLDR Operation Perrito at 12:06 No comments:

The Little Dog Rescue - Operation Perrito | Promote your Page too

We are The Little Dog Rescue, a small, UK-based dog rescue which is run entirely by volunteers.